Words From Our Customers

We know that smart homeowners want to know what others have to say about our work before they hire Cruz Roofing & Siding. Not only do we have many great reviews for our roofing services on our website, you can find more on Google, Facebook, Angie’s List and HomeAdvisor. Whether you call us for roofing, siding or one of our many other offerings, we’re confident you’ll have great things to say about us too. Call Cruz Roofing & Siding today at (203) 685-2548 or complete our contact form and give us the opportunity to show you what sets our company apart! 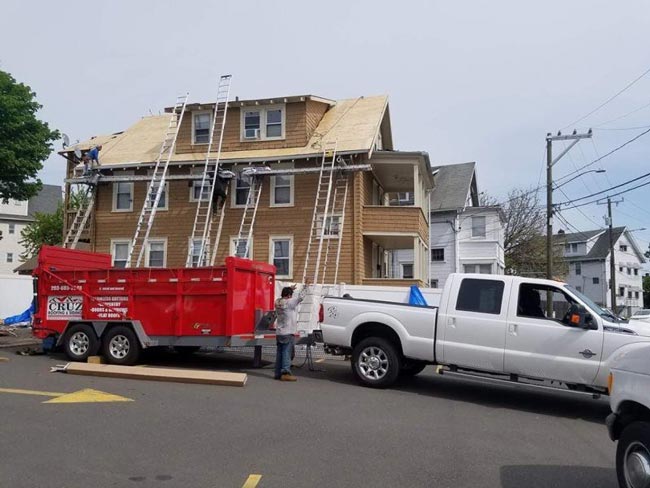 David was extremely professional and always on-time for all appointments. The roof was completed on schedule without any issues. The clean-up was great too. I have had to replace a few roofs as a multiple property owner / landlord. This was by far the easiest company to deal with. I would highly recommend them.

David Cruz completed an installation of new copper flashing around my fieldstone chimney, which had been leaking. He also replaced a section of the cedar shingles adjacent to the chimney, as well as several other shingles on the roof which were split or broken. In addition, he spotted and repaired a broken shingle on another part of the roof which I had not even noticed. He later came back as planned and replaced several cedar shakes on the siding which were missing.. David's work was excellent, and there were no further leaks. His price was reasonable, and he was a pleasure to work with, answering all my questions, and making adjustments whenever I requested them. I would recommend him highly. He worked expeditiously and was very responsive to my questions!

Cruz Construction was alert, timely and responsive to our needs, dependable in getting the work done as promised, at a cost that was slightly below the insurance company's estimate.